The Gandavyuha Sutra from Avatamsaka Sutra

The last chapter of the Avatamsaka circulates as a separate and important text known as the Gaṇḍavyūha Sutra, which details the pilgrimage of the youth Sudhana at the behest of the bodhisattva Manjusri. Sudhana would converse with 52 masters in his quest for enlightenment. The antepenultimate master of Sudhana's pilgrimage is Maitreya. It is here that Sudhana encounters the Tower of Maitreya, which along with Indra's net, is a most startling metaphor for the infinite:
In the middle of the great tower... he saw the billion-world universe... and everywhere there was Sudhana at his feet... Thus Sudhana saw Maitreya's practices of... transcendence over countless eons (kalpa), from each of the squares of the check board wall... In the same way Sudhana... saw the whole supernal manifestation, was perfectly aware of it, understood it, contemplated it, used it as a means, beheld it, and saw himself there.[10]

The penultimate master that Sudhana visits is the Manjusri Bodhisattva, the bodhisattva of great wisdom. Thus, one of the grandest of pilgrimages approaches its conclusion by revisiting where it began. The Gandavyhua suggests that with a subtle shift of perspective we may come to see that the enlightenment that the pilgrim so fervently sought was not only with him at every stage of his journey, but before it began as well—that enlightenment is not something to be gained, but "something" the pilgrim never departed from. The final master that Sudhana visits is Samantabhadra  Bodhisattva, who teaches him that wisdom only exists for the sake of putting it into practice; that it is only good insofar as it benefits all living beings.

Noble one, think of yourself as someone who is sick,
Of the Dharma as the remedy,
Of your spiritual teacher as a skilful doctor,
And of diligent practice as the way to recovery.
Śākyamuni, Gaṇḍavyūha Sūtra 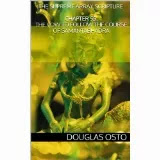 
This lens is dedicated to promoting information about the Mahayana Buddhist scripture known as the Gandavyuha-sutra. The Gandavyuha is one of the most important Mahayana Buddhist Scriptures. In it is told the story of Sudhana, a young merchant-banker's son, who goes on a quest for supreme enlightenment in ancient India during the time of the Buddha. While on his quest, Sudhana visits 53 different spiritual guides who teach him about the bodhisattva's path to enlightenment and reveal an awesome vision of an interpenetrating and inter-reflecting universe wherein all time and space exists as a totality.


The Story of Sudhana 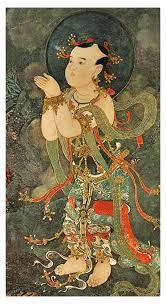 The Gandavyuha-sutra was composed somewhere in the Indian sub-continent probably during the first few centuries of the Common Era. As the 'final book' of a much larger text, the Avatamsaka-sutra ('Flower Ornament Scripture'), it was translated into Chinese for the first time in the early fifth century CE, and became one of the foundational texts of the Chinese philosophical school called Hua-yen. The Gandavyuha was translated into Tibetan in the early ninth century, and an inscriptional text of it accompanied by paintings can still be found today on the temple walls of the monastic complex at Tabo dating to the tenth century. In the late eighth or early ninth century, scenes depicting the complete narrative of the Gandavyuha were carved into the gallery walls of Barabudur in Java, the largest Buddhist monument ever built. Thus the impact of the Gandavyuha's narrative and worldview upon Asian religious art and thought is undeniable.

The Gandavyuha-sutra is the story of a young man's quest for enlightenment in ancient India during the time of the Buddha. Like the Buddha, this young man named Sudhana ('Good Wealth'), the son of a merchant-banker, leaves home in search of spiritual counsel. But Sudhana does not renounce the world and take up ascetic practices; rather on the advice of the bodhisattva Manjusri he sets out to visit 'good friends' (kalyanamitra) in order to learn how to carry out the course of conduct of a bodhisattva. After travelling far and wide across India visiting numerous good friends of various occupations (the Gandavyuha narrates fifty-two of these encounters), Sudhana has his final visionary experience of and merges with the supreme bodhisattva Samantabhadra. The sutra concludes with Samantabhadra reciting the 62 verses known as the 'The Vow to following the Good Course' (Bhadracaripranidhanam) wherein he proclaims the highest aim of a bodhisattva to save all beings, worship all buddhas and be reborn in Amitabha Buddha's Land of Bliss.

Cheers all.
Let us not let anyone hinder us from learning and this is one part from Avatamsaka Sutra that Guru wanted to share with us all.
Let us take control of our own Wisdom Life, and do research and learn this wonderful sutra by ourselves, shall we?
I plan to share the Avatamsaka Sutra on blog gradually as it contains so many chapters, and each chapter is pretty lengthy too! :)
Let us ask for Guru's blessing to guide us through this wonderful sutra.

Please read this blog contents with Open Mind. Some of the techniques and theories are from Grand Master and some others I somehow figure out from Grand Master and/or Buddhist Philosophy. These are to be used as reference only, so use at your own risk if you haven't received the proper empowerment or built the relevant foundations.
The contents of this blog are strictly for sharing only and must not be used for commercial purposes.

All materials not posted in Pure Karma Vihara's blog, or Lotuschef's Blogspot, or Facebook accounts of Francesca Poon and Lotuschef Lama, are those not authorised for publication, and therefore shall not constitute as the representation of Lotuschef or Pure Karma.

In addition, we shall not be held responsible or liable for other parties' actions of copying from us and usage of our materials.
Om Guru Lian-Sheng Siddhi Hom.
Lama Lotuschef